The old roads are a great unknown in San Sebastian. Before Gros existed, before Cortazar's extension existed, when the city walls were still standing... the old roads were already there. Towards the east of the city, the old road of Ategorrieta linked the only bridge in the city and the "mountains of sand" (now Gros) with the path of Intxaurrondo and the top of Miracruz. For years, the city developed along these axes, creating small nuclei that included farmhouses, villas, houses, convents, churches, schools, squares, and intersections. And a clock.

After the construction of the main road Madrid-Irun, the old road of Ategorrieta lost its importance. In the 1960s, the intersection of the old road with the new one became a roundabout that has grown larger and larger, breaking the historical axis that constituted the old road. In addition, several historic buildings have been demolished, weakening its urban morphology.

Ategorrieta plaza is a proposal that aims to reverse this situation, through one main intervention: A new plaza at the intersection of the old road with Ategorrieta-José Elosegi avenue, which recovers the union of the historic axis between the old road of Ategorrieta and Intxaurrondo street. 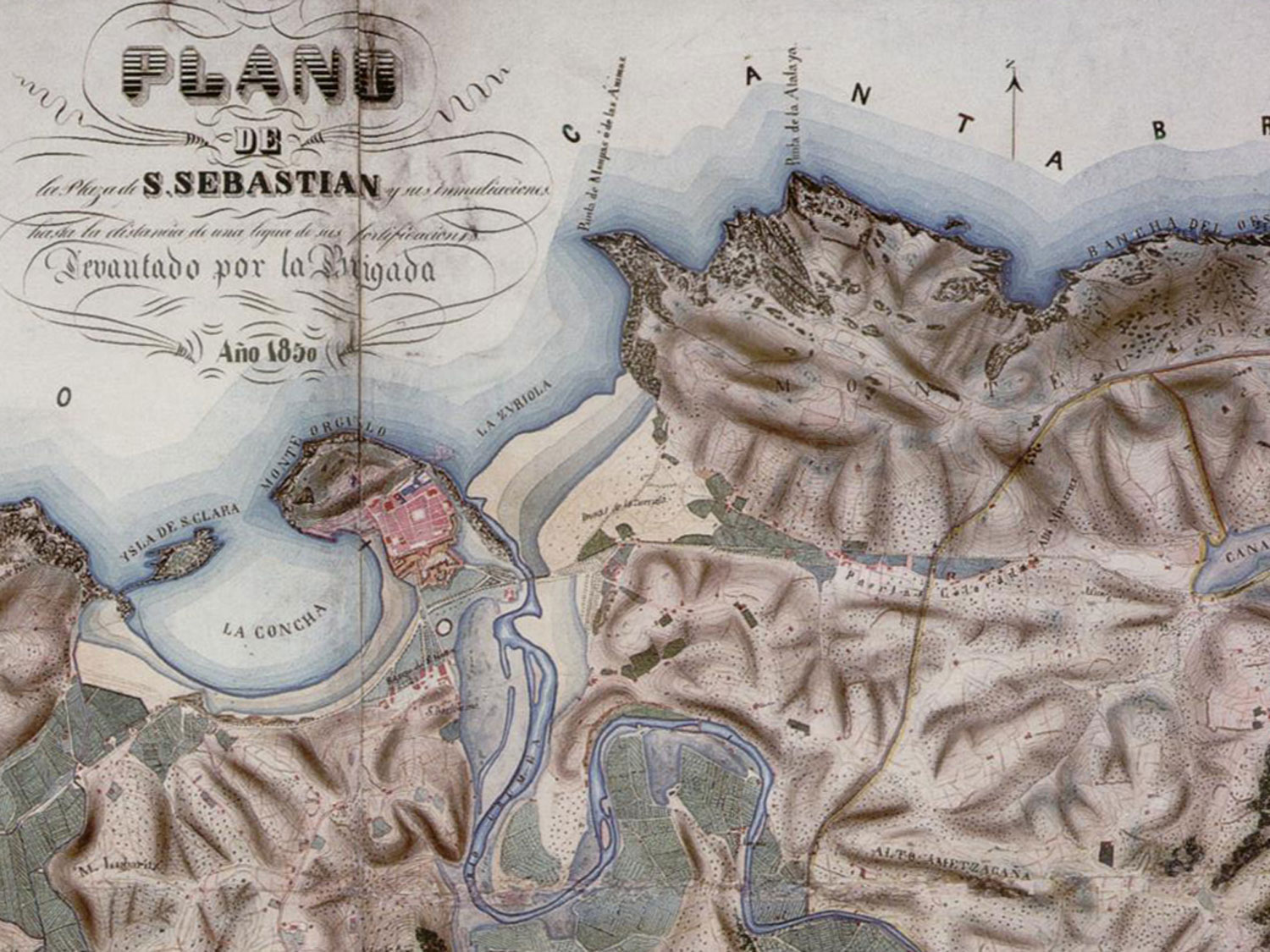 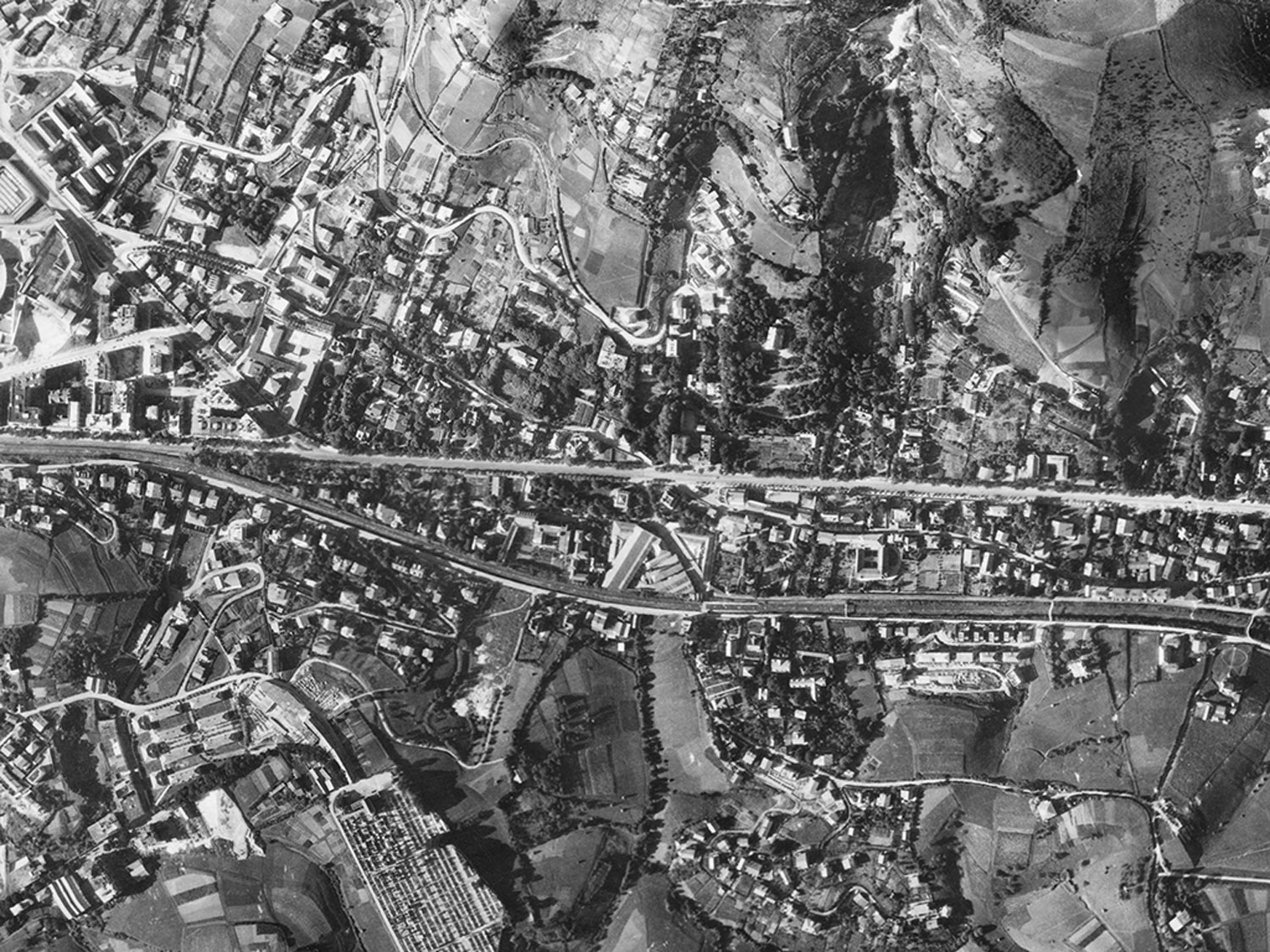 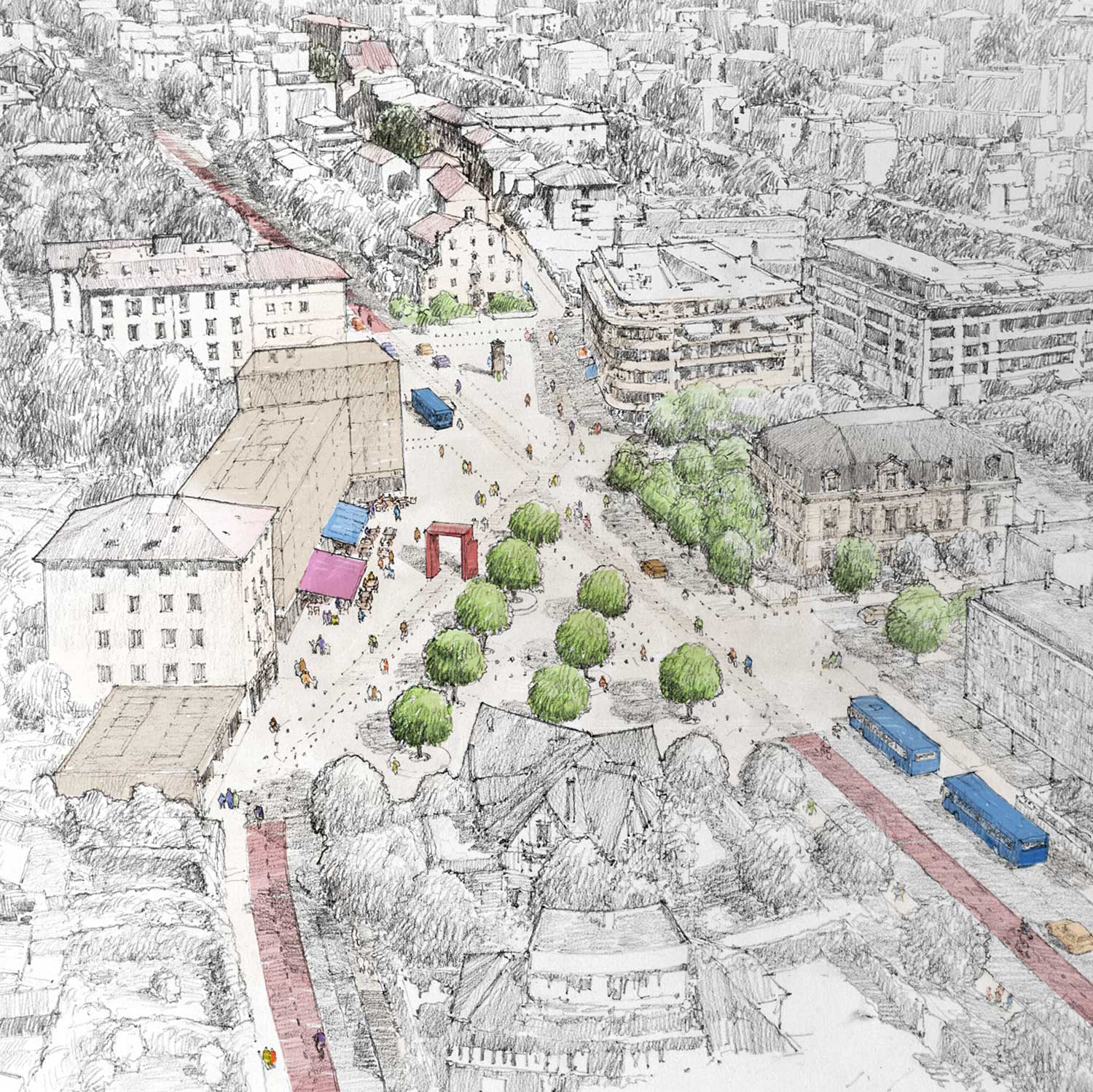 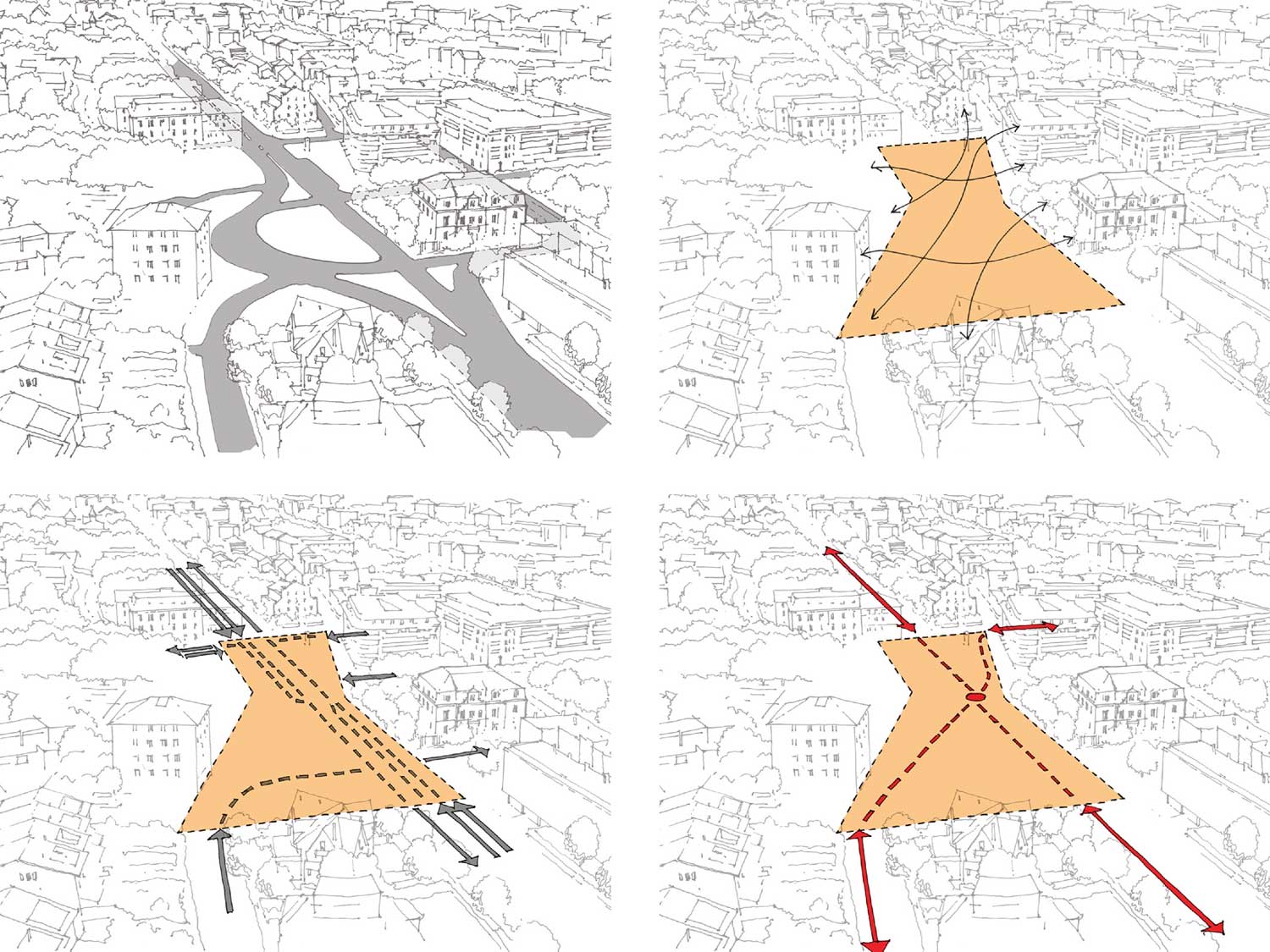 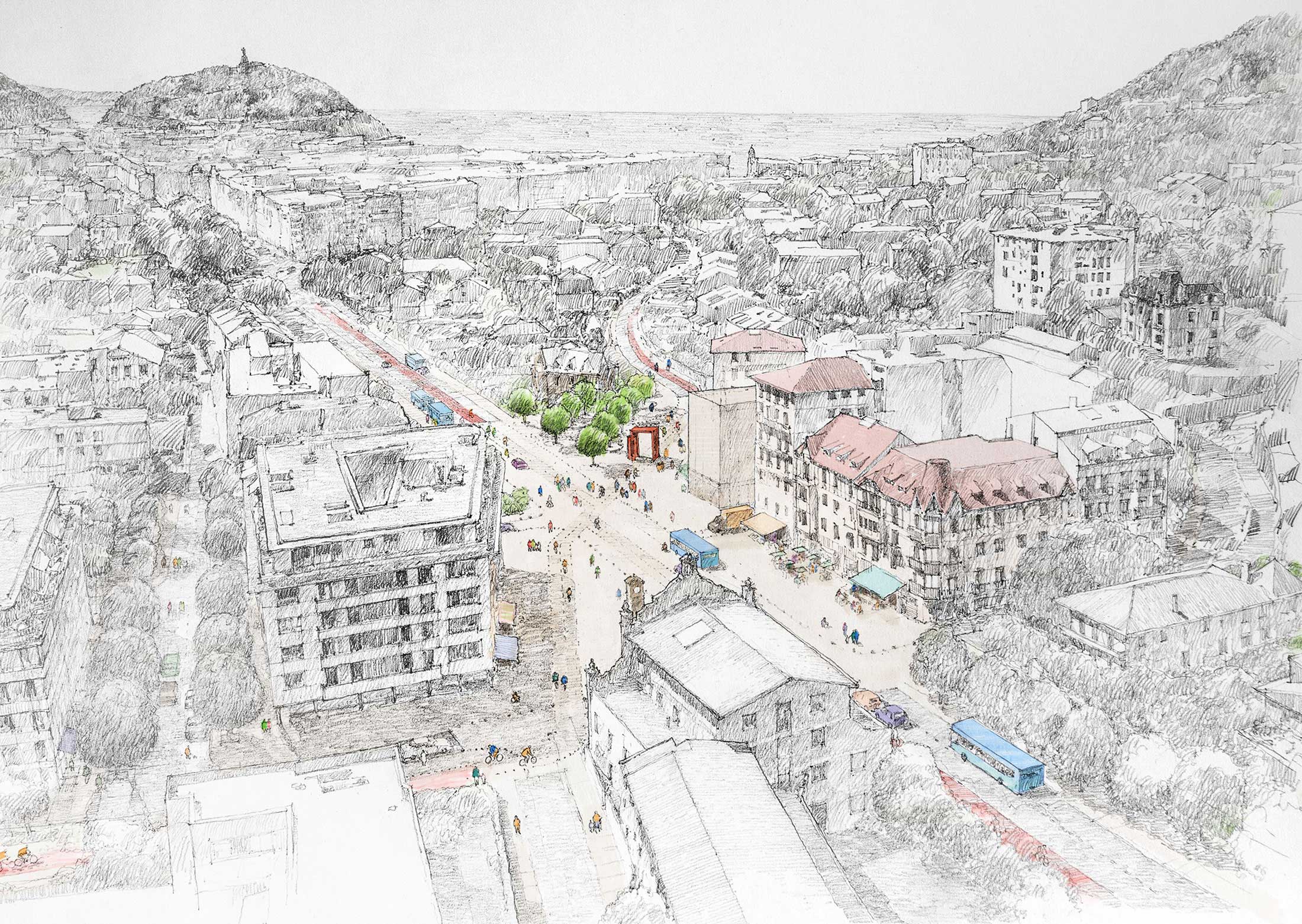 Cookies are used to make this website work and to improve your experience. For more information on the types of cookies used by this website, see our Cookie Policy. We need your consent to use marketing cookies. Marketing cookies are used to track visitors across websites. The intention is to display advertisements (via third party services) that are relevant and attractive to individual users. Select the checkbox below to indicate your consent.