There is no poetic action more difficult than giving something a name, wrote Bernardo Atxaga, paraphrasing Edward Lear. To give an example, the city of proximity is not a new concept: we have been practicing it for centuries and theorizing it for decades. However, getting the name right is important, and it seems that Carlos Moreno, adviser to the mayor of Paris Anne Hidalgo, hit it right: the 15-minute city.

Ville de proximité, the nearby city, the 15-minute city. In other words, a city that allows essential urban functions to be close by, within a maximum radius of 15 minutes on foot. Although historically the cities and towns of the Basque Country have not been far from this model, this has been changing lately too.

However, our lives cannot be limited to a 15-minute walk. The philosopher Marina Garcés frequently mentions the idea of ​​«a proximity that is not contradictory to distance», which leads us to think more in the plural than in the singular: 15-minute cities can form, in a distributed network, a polycentric territory. A group of Catalan architects and engineers dared to give it a name: the 45-minute territory.

These two chronoconcepts question the main measure with which we have analysed the territory, distance, and underlining the importance of time. But time also runs through many other topics, conditioning each other.

The project 15-minute city, 45-minute territory. Contemporary Basque Cartographies is an exercise that explores the Basque territory based on data taken from different sources. It addresses a series of issues necessary for understanding the territory, from orography and landscape to productive work and global connections, using digital geographic data that is increasingly available to us.

This project was possible thanks to the 2021 CAF-Elhuyar grant 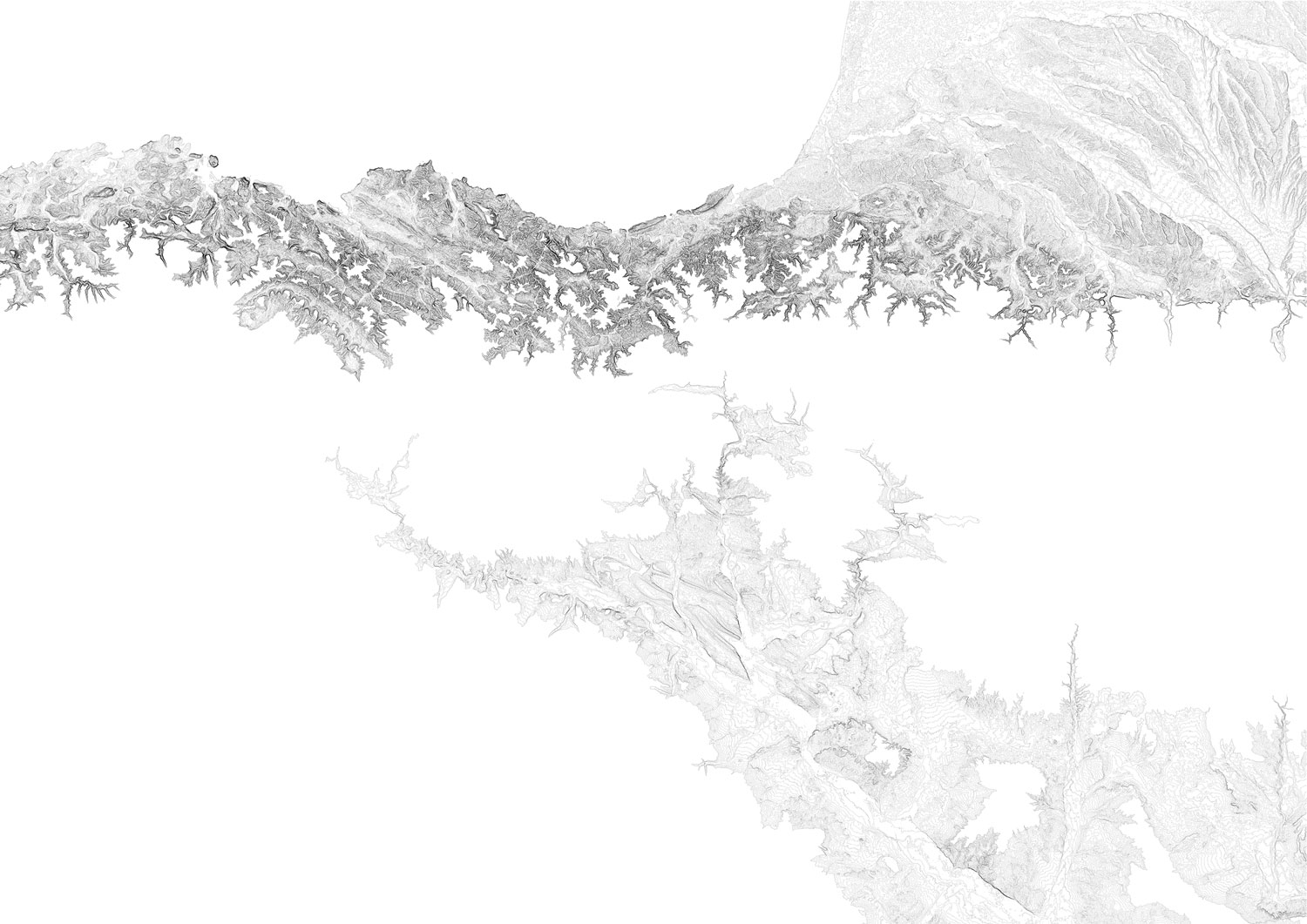 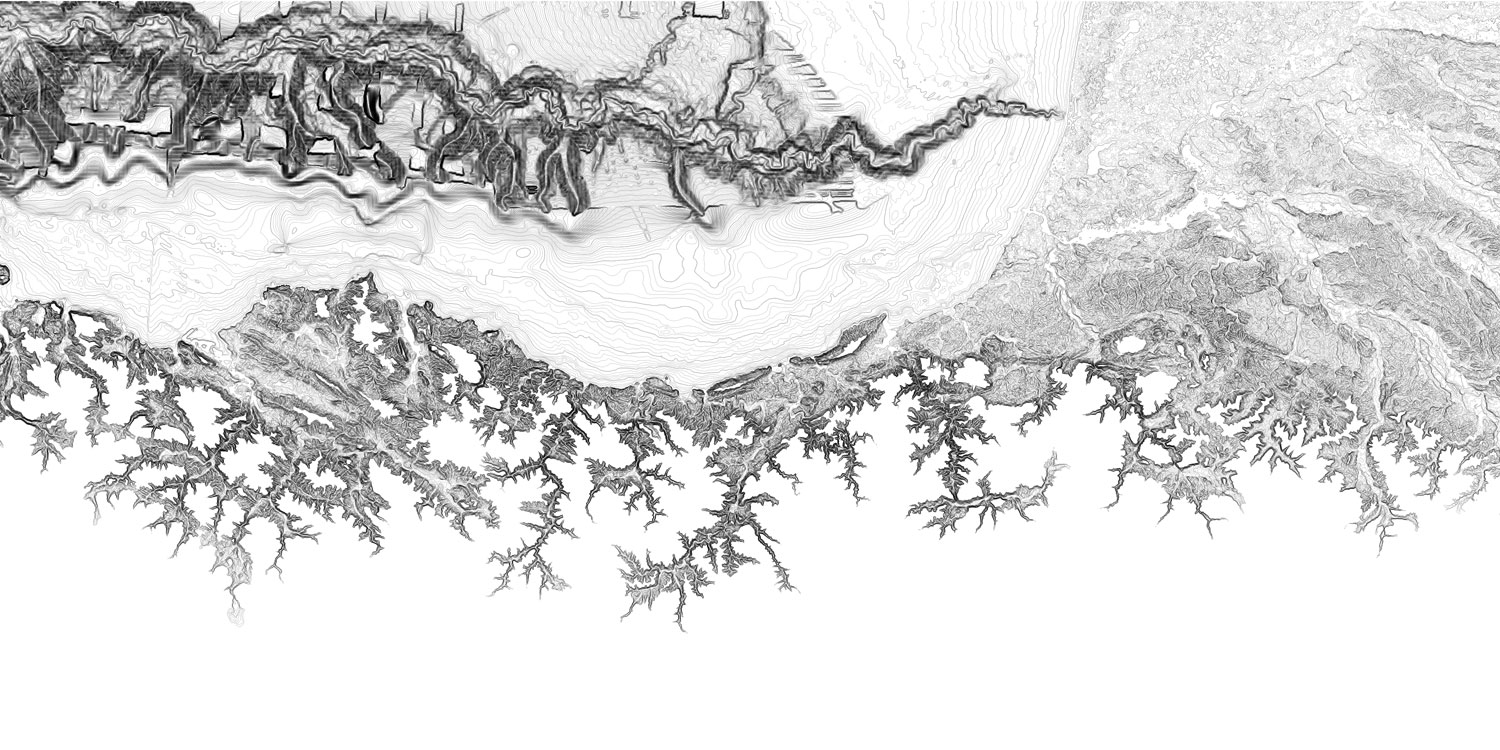 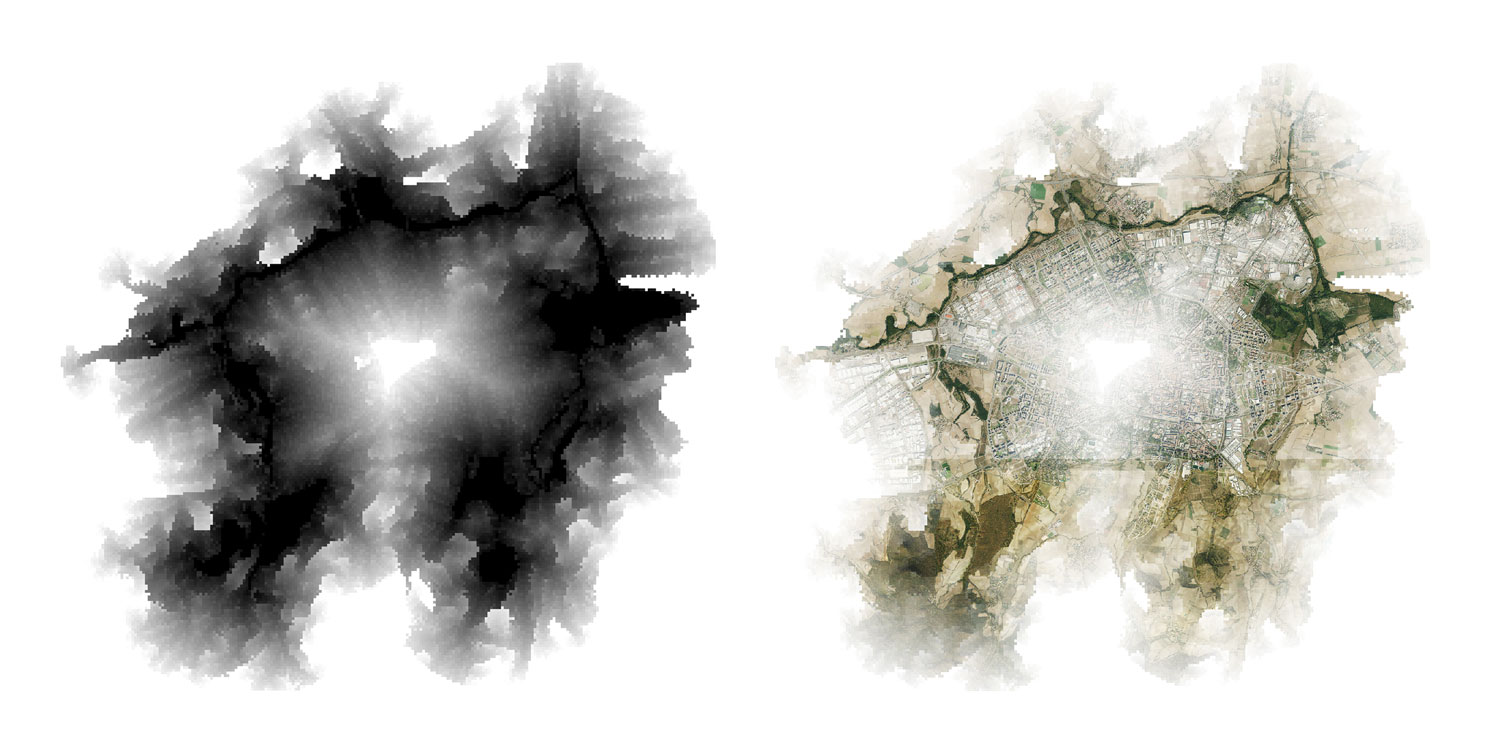 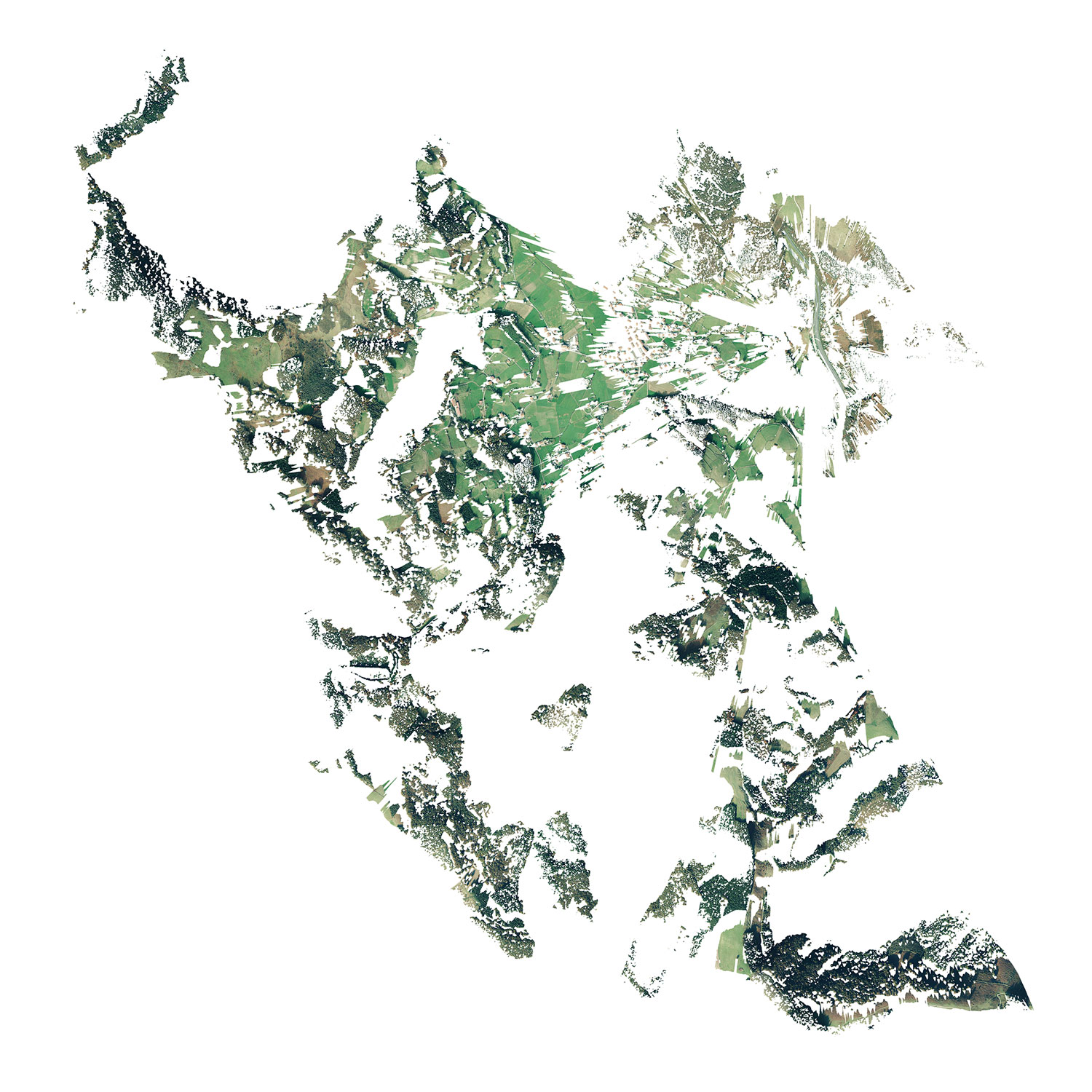 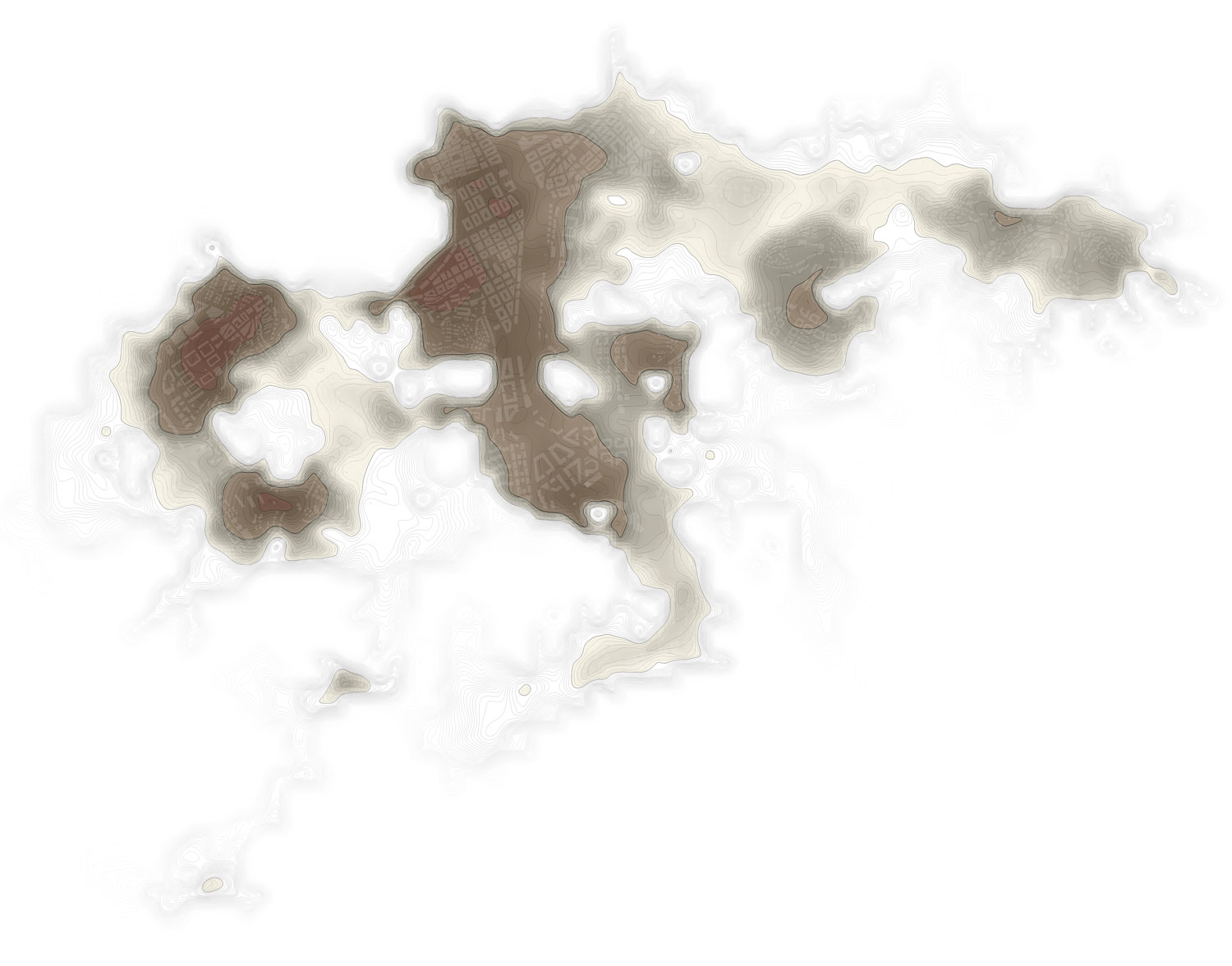 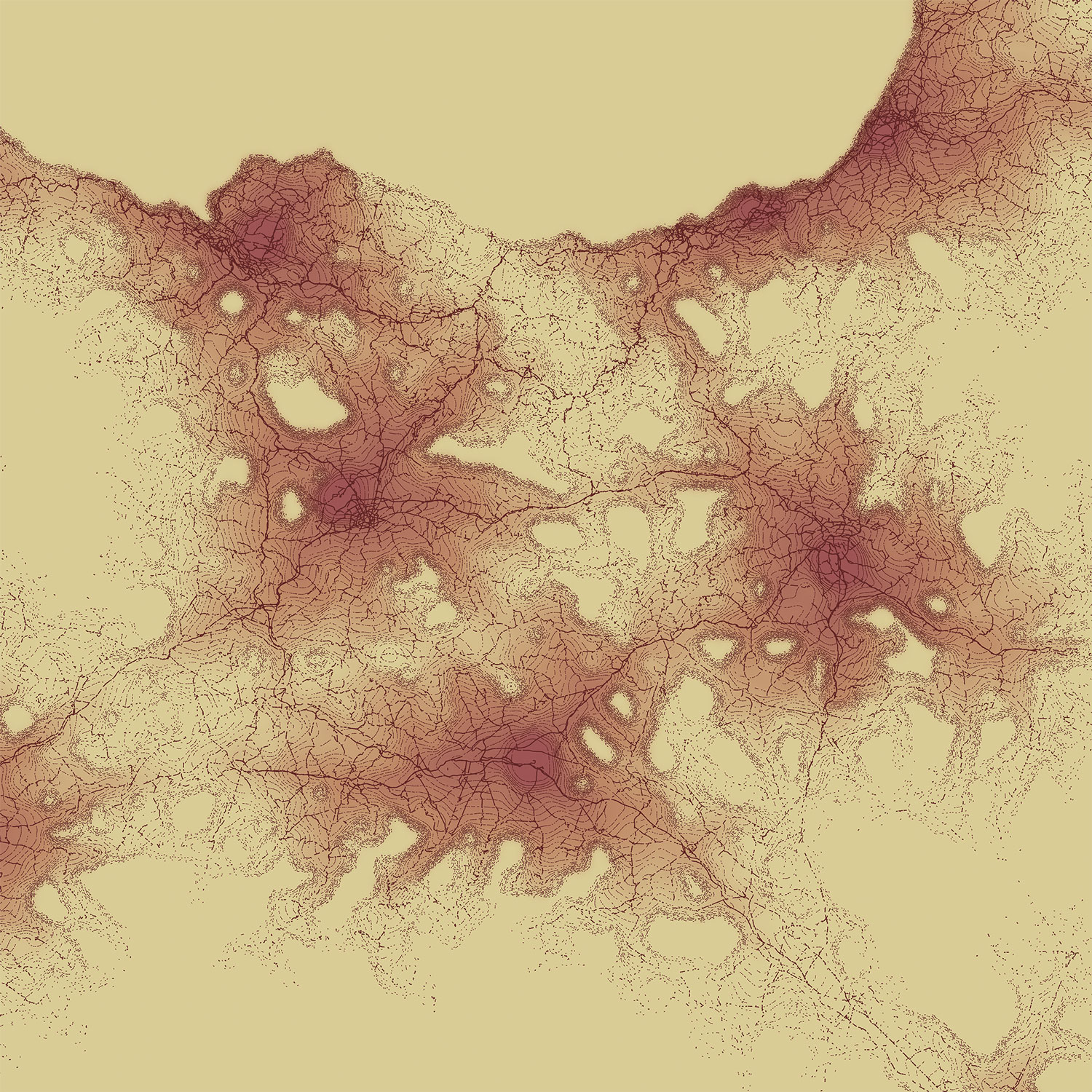 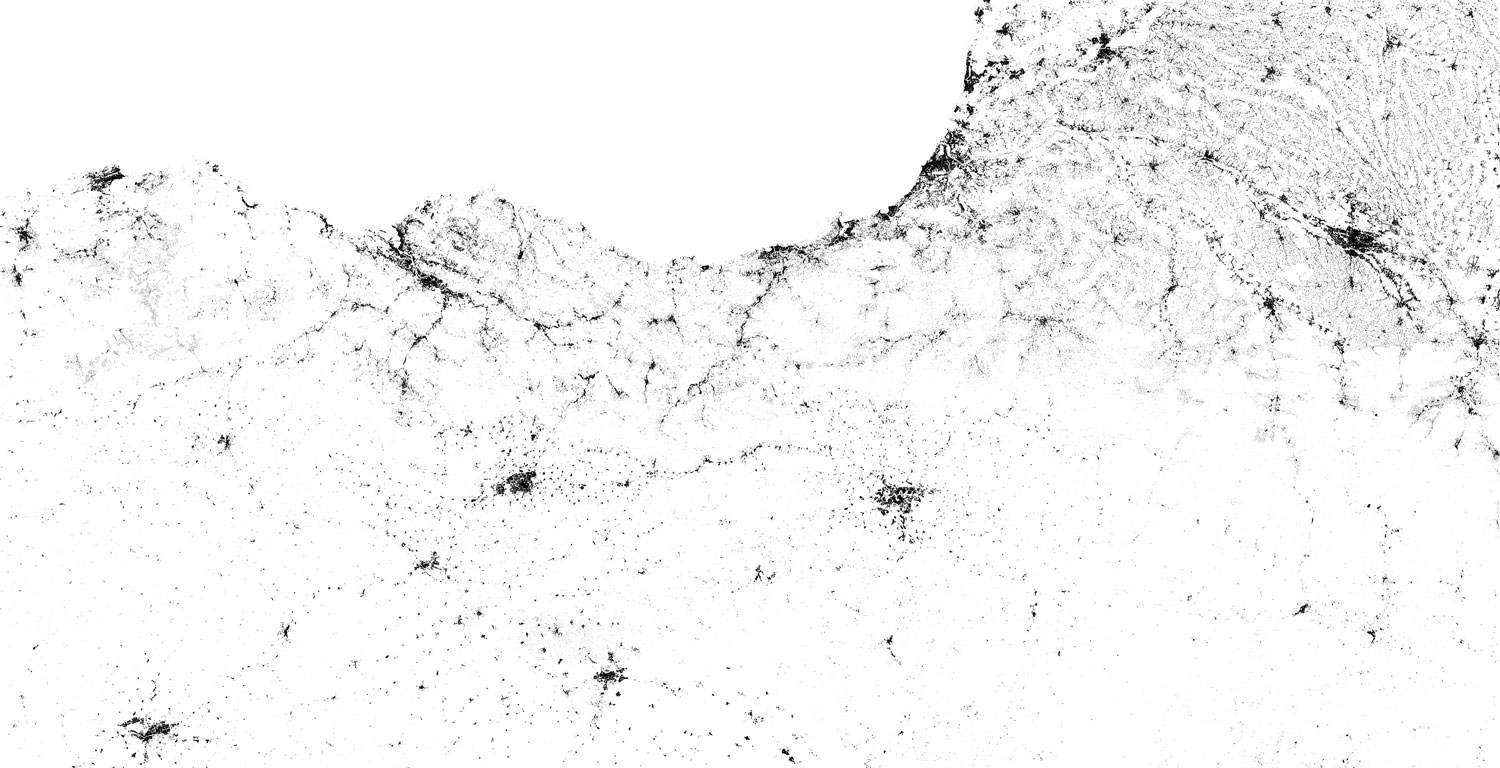